Brief summary of the book of Revelation 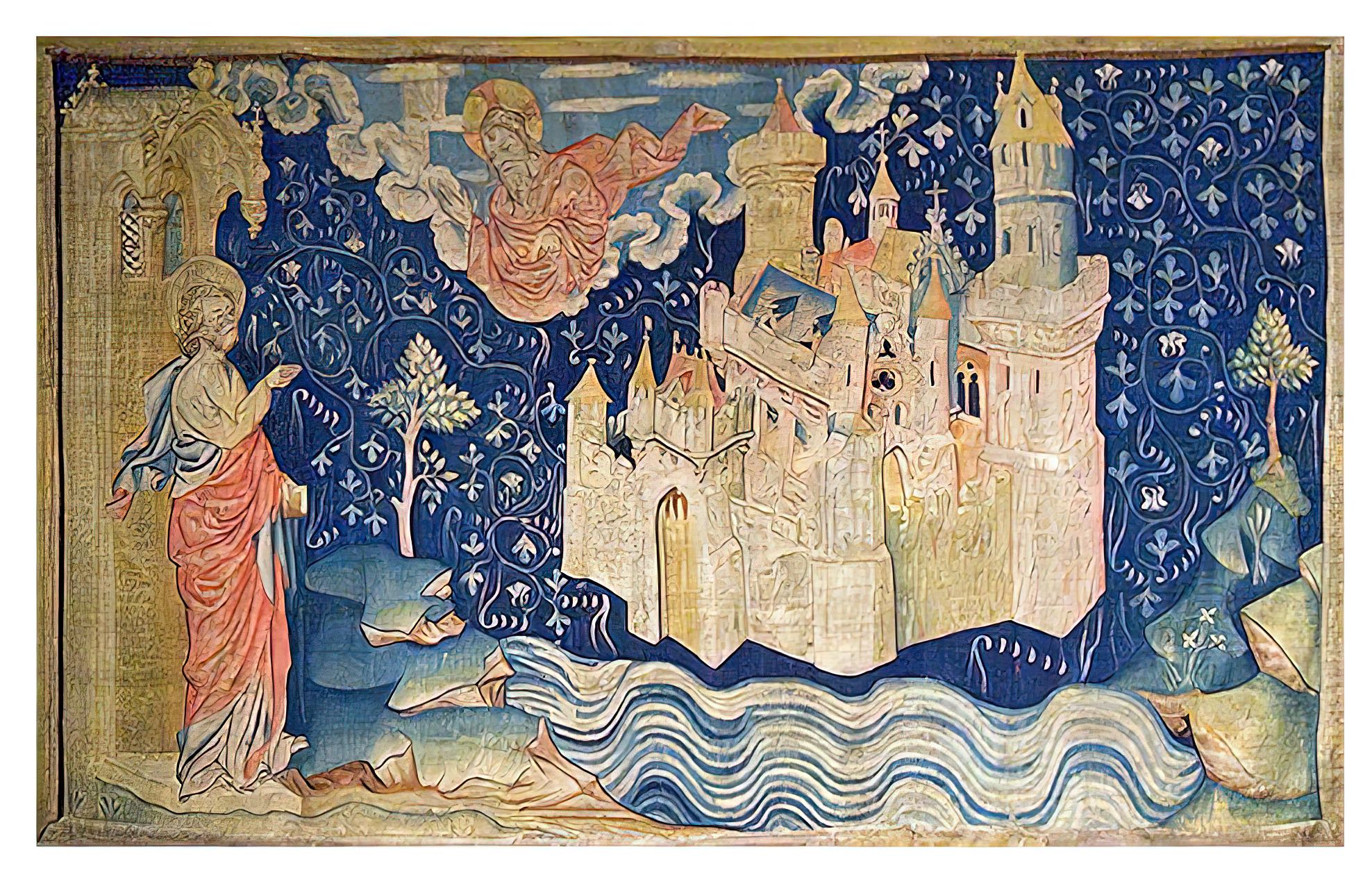 The picture above is from The New Jerusalem from The Apocalypse of Angers, tapestry.

Revelation begins with letters written to seven early churches in Asia Minor, or modern Turkey, including Ephesus, the author’s home city. These letters tell these churches that while they have done many good things, they have some problems, some evil beliefs and actions that they need to correct.

Then there is a vision from Heaven where Jesus, the Lamb of God, is seen as sacrificing himself for all humans. Next, seven seals are opened. These seals present some powerful symbolism, in the form of horses of various colors. This part essentially tells us that horrible plagues will attack humanity because of its corruption. Next, there are seven trumpets. Each of these is a plague.

Then, there is a woman, a dragon, and a child. Importantly, dragons were a common literary characteristic of ancient Jewish and pre-Jewish literature. The dragon is probably Satan and it is at war with the people of God. Then there is a Beast from the Sea. This beast has seven heads, probably representing seven major emperors of Rome – which has received its authority, not from God, but from Satan.

Next comes a statement that Babylon – which is an obvious reference to the Roman Empire – will be attacked by God. This message is delivered by three angels. After this, there are seven bowls filled with the wrath of God. These bowls represent God’s final judgement against evil and against the Roman Empire. Then the whore of Babylon, i.e., Rome, is symbolized as a beast with seven heads.

Then, Babylon falls. There is rejoicing in Heaven. A rider on a white horse arrives. This is Jesus Christ, who has come to conquer Rome. Satan is then cast into the lake of fire for a thousand years, which really means infinity. All people, including all who have ever died, are judged – and the books that have been written about each of our lives are read aloud. There is now a new Heaven and a new Earth, which is purified.

We see a New Jerusalem in all its glory. Sin has been erased. God has destroyed evil and all of the faithful will receive an amazing reward for all of eternity. We will be citizens of the glorious Empire of God, the New Jerusalem.